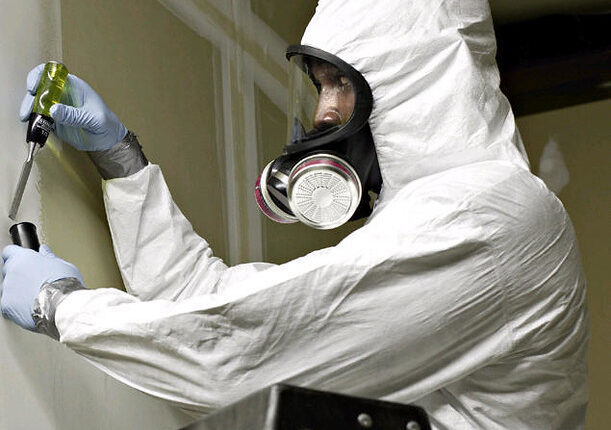 If You Live In An Older Building, You Need To Have It Checked For Asbestos.

If you were to ask the younger generation about asbestos, they would have no idea what you’re talking about, but if you were to ask the older generation, they will tell you about the many horror stories about this material and how it ruined many lives. The word asbestos always struck fear in the hearts of people and it was something that was to be avoided at all times. The unfortunate thing is that before the 1980s, asbestos was a very prominent building material that was used extensively throughout the building industry due to the many advantages it was perceived to provide. Unfortunately, many years later, it was found that it was incredibly dangerous for people’s health.

If your current property is over 40 years old, then there is a high likelihood that there is some asbestos within the property. If you’re find something that you think might be asbestos, then you will need to contact asbestos removal contractors in Perth. It is their job to come out and ascertain whether or not it is asbestos and if it is, they will require you to leave the premises so that they can fix the problem. If you’re still a little in the dark about the typical places that you can find asbestos within your property, then maybe the following can help to illuminate you.

– In the guttering – Asbestos was added to the guttering for homes because it proved to protect them from the ravages of the weather. This meant the guttering lasted a really long time and thought was very cost-effective to add asbestos to it. If you live in an old property in the guttering still looks as good as it did when it was first installed, there is a very high likelihood that asbestos may be contained within it.

– On the roof of your home – Once again, asbestos was used in roof tiles because this was a part of the house that took everything that Mother Nature had to throw at it. The roof tiles were able to stand up to snow, sleet, frosted and rain and asbestos did make them incredibly strong. Unfortunately, over the years the rain has taken its toll on the tiles and now there is a very high likelihood that the run-off that comes from these tiles contains asbestos residue.

Other places to look for asbestos would be in the actual foundations of your home and also in floor tiles as well. It is crucial that you make sure that it is asbestos before you start to panic and so if you have any reservations at all about whether something is truly asbestos, then you need to call out the asbestos removal contractors in your local area. Only then will you be sure if your property needs some much-needed attention.

Every Home Needs To Be Insulated – Especially The Roof.

How To Compare Reverse Osmosis Systems

What To Do If You Are Noticing A Roof Leak

How To Compare Reverse Osmosis Systems